A small  tree, up to 40 feet with an irregular, twisted trunk and main branches, usually flat topped crown. Part of Laurel Family. Notable for having three different leaves – one shaped like mittens. Sassafras bark is believed to have been the first forest product exported from the New World. It was used as a cure-all by Native Americans and Colonists. Bark from the roots  yields sassafras oil used for soap, perfume, tea and root beer. Sassafras roots were the original flavoring for root beer, but were replaced by artificial flavoring in 1960 when compounds in roots were found to be carcinogenic. Fruits are eaten by birds, especially the bobwhite. 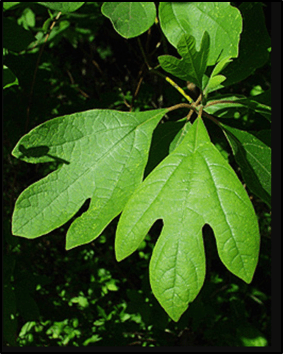 Three leaf types on same tree – can be unlobed, 2-lobed or 3-lobed. Green above and below, fragrant when crushed, 5” leaves. 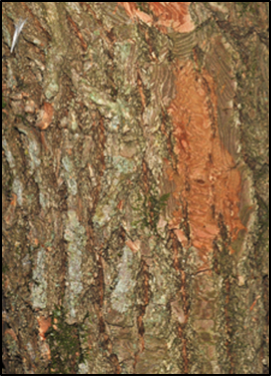 Slender, green, with a spicy-sweet aroma when broken. Buds are ¼”long and green. 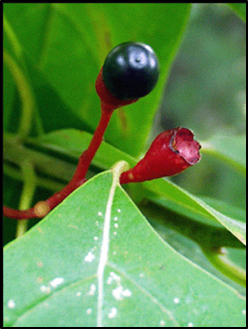 Dark, shiny blue, ovoid, fleshy berries, 1/3”  in a red cup on a red stalk; maturing in late summer. On female tree only.

Species has separate male and female trees. Flowers are small but showy and bright yellow-green borne in 2″ stalks appearing in spring. Flowers droop when leaves appear.